Impact of Critical Vendor Payments on Lessors in Chapter 11 Cases

Understanding bankruptcy basics may be the difference between losing out and receiving fair treatment during the proceedings.  While the Bankruptcy Code and Rules are complicated, they are several easily understood basics.  The Bankruptcy Code groups similar creditors together to ensure that similarly situated creditors receive comparable treatment.  Depending in which group the Bankruptcy Code places a creditor, the distribution scheme is generally the same (secured creditors receive the value of their collateral, the costs of administering the estate are paid, priority unsecured claims are paid, then unsecured claims are paid, and if anything is left, equity holders are paid).  If a debtor is party to an unexpired lease, it must assume or reject that lease in accord with Section 365 of the Bankruptcy Code.  These basic understandings are turned upside down with the introduction of Critical Vendor payments.

Lessors usually will not know whether a debtor will assume or reject its leases until the debtor determines whether it needs the lease.  The payment of Critical Vendor claims will almost certainly impact this decision. If a debtor makes Critical Vendor payments, the debtor may end up spending all of the money needed to assume its leases.  If the debtor does not assume its leases, the lessors will be forced to the back of the line with other unsecured creditors.

Conceptually, most everyone agrees that successful reorganization is preferable to liquidation, which often necessitates the payment of Critical Vendors. If paying Critical Vendors avoids disrupting service, then all creditors may benefit if the debtor reorganizes and makes a sizable distribution to its creditors.

There is also an inherent sense of unfairness when paying Critical Vendors. Unsecured vendors that typically share with other unsecured creditors can extort payment of their pre-petition claims by refusing to do business with the debtor.  Because of the automatic stay, vendors should not refuse to do business with the debtor unless they are paid.  Lessors, on the other hand, must wait for 60 days (or longer) while the debtor decides what to do with the lease.

While not expressly permitted by the Bankruptcy Code, courts have exercised their equitable powers under Section 105(a) to authorize Critical Vendor payments. Some courts authorize Critical Vendor payment to allow the debtor to “realize the possibility” of successful reorganization.  Others take a more hardline approach, requiring a debtor to demonstrate the necessity and the material benefit to the estate.

This strict approach affords greater protection to unsecured creditors, including lessors, who have not been singled out as particularly important to the reorganization process. However, these early decisions carry with them sometimes irrevocable consequences.

If a debtor makes Critical Vendor payments and ultimately fails to reorganize, lessors and non-critical vendors will receive even less due to the Critical Vendor payments.  In Delaware, a favored venue for largescale corporate bankruptcies, debtors often negotiate pre-packaged plans before filing and move swiftly to confirmation.  Yet over half of the companies that were studied failed to thrive, necessitating a second bankruptcy, liquidation, or distress merger within five years of from the prior bankruptcy.

Also in connection with Critical Vendor payments, vendors sometimes demand “super-priority” payments.  Vendors could insist that the debtor grant liens on its property to secure both pre-and-post petition debts.  By cross-collateralizing the pre-petition debts, an unsecured vendor would not only get superior treatment in the bankruptcy case, but also the ability to foreclose on the debtor’s property that would have been available to unsecured creditors.

Whatever the case may be, the Necessity Doctrine is a gamble.  Creditors often agree to Critical Vendor payments if they believe that doing so will increase their odds of receiving a greater distribution later in the case.  The risks are even greater when a debtor presents a Critical Vendor motion along with its other first day motions, which often occur before other parties even receive notice of the bankruptcy. Careful monitoring of, and participation in, a bankruptcy case from the start is imperative to ensuring that your rights will not be prejudiced. If you receive notice of a bankruptcy after matters have been decided, immediately get involved to see if you have any recourse against the relief previously granted.

In the end, creditors who exert their influence in a bankruptcy case often earn better results than those who sit idly by and do nothing. Bankruptcies are risky enough that any leverage can add a few points to the probabilities that a lessor will be treated more fairly. 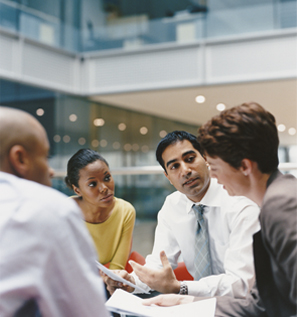